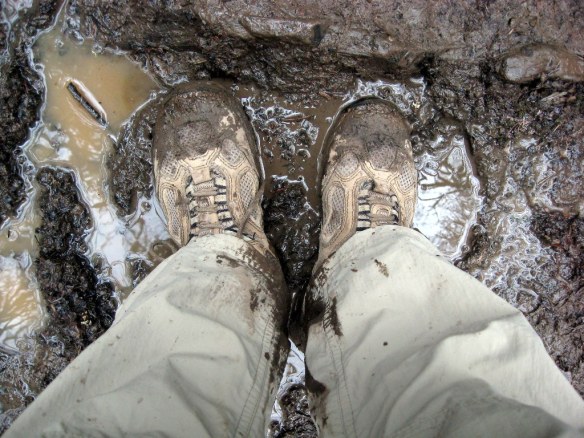 I am fortunate to have friends who love the outdoors as I do, and sharing the experience with them is a joy. But sometimes, the only company I want is my own.

To begin my seven-mile hike, I arrived at the trailhead at Muir Woods National Monument, a place that is packed with people from all over the world every day. But not at the hour I chose to start, an early Sunday morning in the off season.

So much of what fulfills me outdoors is natural silence, sounds that I don’t notice when engaged in conversation with a companion, or even when we aren’t talking and I hear only footsteps. Alone, I can stop and take in whatever has pulled my attention without explanation. Noticing that the forest has awakened with spring birdsong. A dense patch of blooming white trillium on the slope. The wind cool on my face as I emerge sweaty after a long uphill stretch out of the woods onto the ridge in Mt. Tamalpais State Park. How much bigger the mountain seems with the view from the open ridgetop after a couple hours in the trees.

Would I have noticed the striped bee-mimicking fly hovering at eye level if I’d been talking with a friend? I don’t know, but I’m sure it would have been a different experience than the one I had. I stopped and watched it a couple feet away, thought how incredible it was that it could just hover in one place like that with wings beating so fast they were invisible, like a hummingbird. I extended a finger and it zipped a few inches over, but became stationary once again. Such precision for a tiny creature.

Most of the day I saw few people. I was reminded again that even in the densely populated Bay Area if I walk for a while, I can have a great deal of solitude, releasing the clutching thoughts of tasks and schedules and enjoying the inner world along with the outer one. Inevitably along the way, I am transformed by the natural landscape and rejuvenated.