My Death Valley trip last month was so spectacular that it’s taken three posts to include everything. Well okay, part of it is is that I finally got a better camera and just took a lot of photos.

One of my hikes was a loop through Golden Canyon and Gower Gulch. 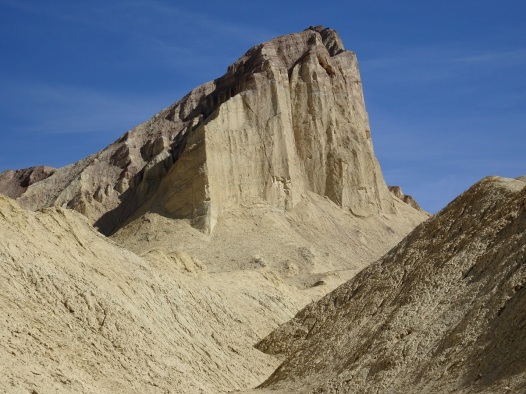 View from Golden Canyon Trail toward the Badwater Basin,
the lowest spot in North America

Desert rat posing for a photo

The geology of Death Valley National Park is complex and it would take me a long time to figure out all the rock types. One of the places I meandered through was the red rock in Natural Bridge Canyon. 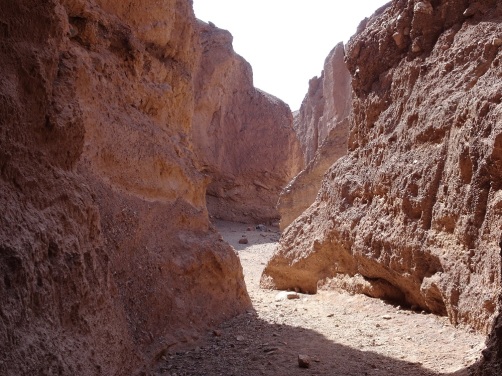 The trail through Natural Bridge Canyon 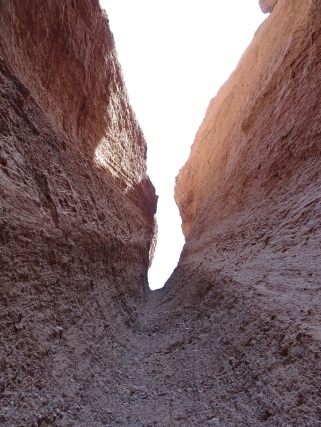 Looking up from Natural Bridge Canyon

On my final day in the park, I traveled to the north end for a hike at Ubehebe Crater, or Tem-pin-tta Wo’sah in the language of the Shoshone Paiute. Ubehebe Crater is a half-mile across. It’s at a higher elevation than the valley floor, so the wildflowers weren’t yet blooming. It has the kind of stark moonscape that Death Valley National Park is known for.

View of Ubehebe Crater from the rim

I had intended to take the rim trail around the crater, created by an ancient volcanic steam explosion. But having never hiked inside a crater, instead I chose to head down the very steep trail, a 600-foot descent in a quarter mile. I figured that since I’ve been able to grunt up from the bottom of the Grand Canyon with a heavy backpack, I could manage this short climb. 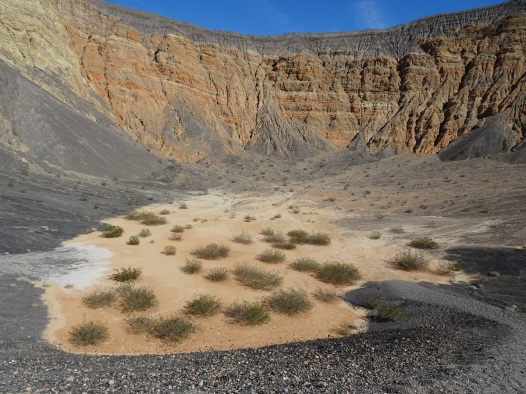 The other-wordly bottom of Ubehebe Crater

Heading down in loose scree was a blast, like cross-country skiing with my feet skating along in front of me. Of course, that meant the ascent was a beast. My feet sank up to my ankles. I’m convinced that whoever coined the term “two steps forward, one step back” took this hike.

This might be the steepest trail I’ve ever taken.
See the people at the rim and the bottom of the trail for scale.

In concluding this series about my travels to Death Valley, it’s fitting to finish with more photos of this year’s extraordinary wildflower bloom. 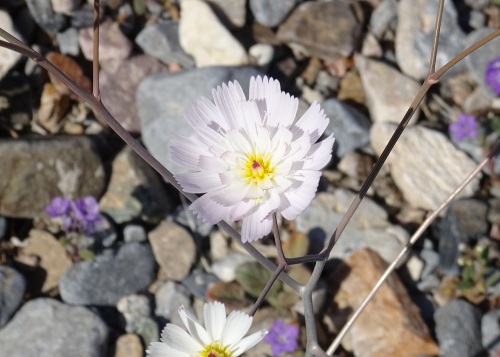 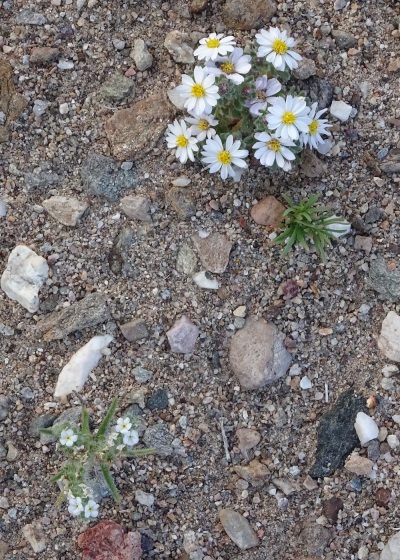 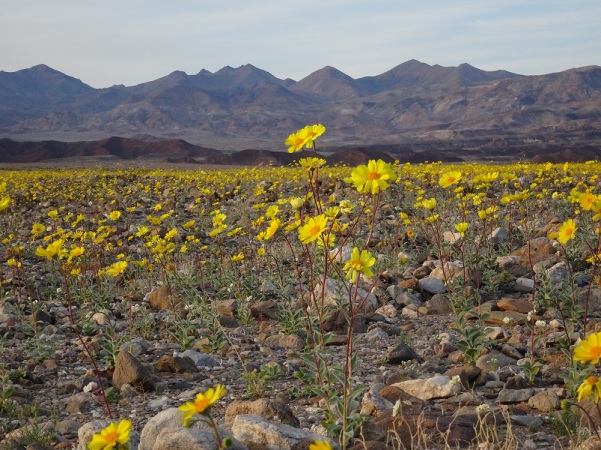 For more about Death Valley, see the previous two posts featuring photos of wildflowers and my adventure in a storm.