I find it incredible that we can step on an airplane and in a matter of hours go from one climate to another. Although I grew up in frigid and snowy Michigan, I’ve been on the West Coast for many years. Since I don’t have to navigate the day to day difficulties associated with living in northern climes for more than a few days at a time, visiting the Midwest in winter has become novel and exciting.

On Thanksgiving morning a few months ago, I headed out from my relatives’ home in Minneapolis for a walk alone in the park along the Mississippi River on a sunny windless day. It was three degrees.

Covered in every layer known to humanity head to toe except for my nose and eyes, I was comfortable. I wore insulated boots, thermals on top and bottom, a flannel shirt, a fleece jacket, and the vintage thinsulate and wool coat that I’ve had for almost 30 years. Under the insulated hood was a neck warmer covering my chin and a fleece hat, and on my hands were the wool mittens my mother knitted for me decades ago, doubled up with two on each hand and rewoven multiple times to repair the fraying thumbs.

I was delighted to be outdoors in the quiet solitude of the morning. It had been so cold that there was no open water in the broad channel, with solid ice along the banks and mini floes in the middle. I descended down the long stairway to the river’s edge. 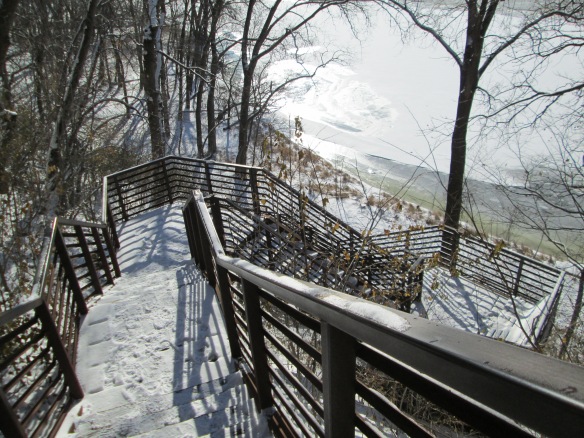 Between the sounds of crunching through snow underfoot, an accompaniment that took me back to childhood memories of Detroit, I stopped to observe the long shadows of the bare trees and the contrast of grays and browns against the bright blue overhead.

Black-capped chickadees flitted above me, adapted to spend the whole winter in such a fierce climate. I later learned that these little songbirds have no measurable fat every morning, yet are able to create and store a fat layer each afternoon that gets them through the night.

I returned home to California at the peak of the winter waterfowl migration, what is typically the green season when the rain starts. In early December after the first rains, the parched earth in the Central Valley wildlife refuges was sprouting with green.

Hundreds of thousands of snow geese had arrived to escape the northern winter, congregating in Sacramento and Colusa National Wildlife Refuges. 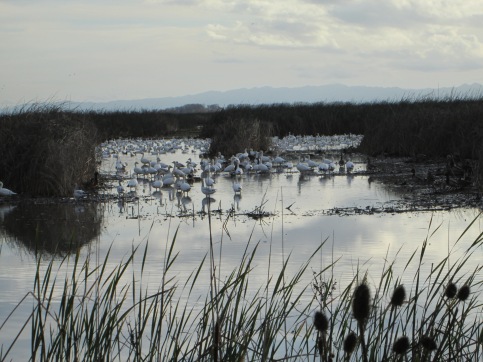 And later, I enjoyed the return of the green season myself on a favorite trail in Mt. Tamalpais State Park.