Wonder. Awe. That was the experience of watching the solar eclipse. Words rarely fail me but this one is a challenge to describe.

My sister, our friend and I took in this extraordinary event from the deck of my sister’s house overlooking the forest. We stared through our eclipse glasses at an image of a diminishing orange orb surrounded by absolute blackness, and alternated with taking the glasses off to watch the changing light around us. We wondered what behavior we’d see from the birds that ignored us during their repeated trips to the feeders—hairy woodpeckers, hummingbirds, juncos, red-breasted nuthatches, Steller’s jays, chestnut-backed chickadees. 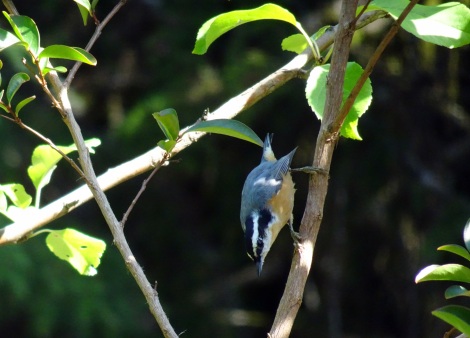 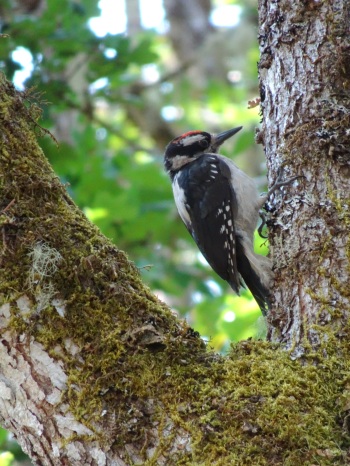 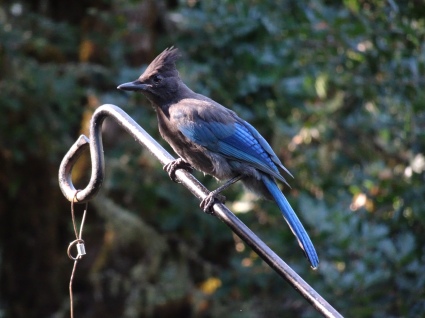 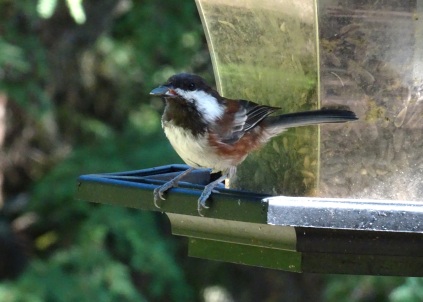 In the beginning, there was no obvious change in the landscape. But what a show unfolded above us, as the curve of the moon’s shadow began to make its way across the face of the sun, a barely visible spot that we watched gradually reach totality in a little more than an hour. The image reminded me of a harvest moon with its amber color through my glasses. Except the expanding crescent shape looked nothing like the moon.

The temperature dropped and a breeze picked up. The shadows around us grew longer. We were astonished as all around us, countless crescent shapes of light shone on the wood grain of the deck, juxtaposed against the shadows of the leaves. 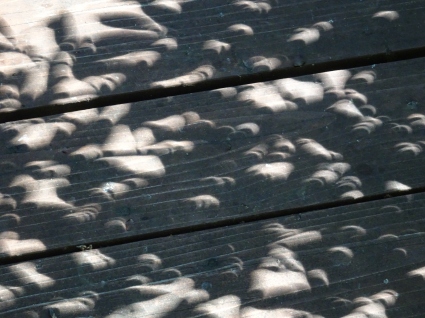 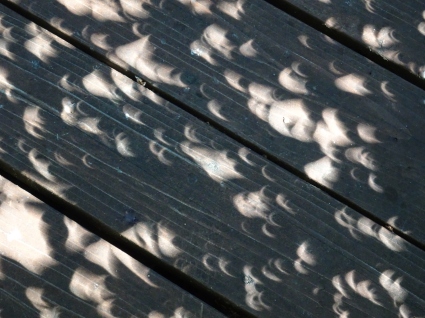 A chair made of simple beige and gold lined fabric became the sun’s canvas for a work of art.

The light continued to fade. It was unlike any light we had ever seen, not at all like dusk. The birds fell silent.

Then… the lines! Shadow bands raced across the ground. And the light suddenly vanished.

We took off our eclipse glasses and stared at the dark image and the corona shining around it, listening to essentially the whole town of Corvallis cheering along with us. How could we not?

As the moon’s shadow moved, a bright flash like a strobe pierced the sky as the first sunlight returned. Over a bit more than an hour, we watched the sun come back. The birds sang again and eventually the crescent shapes disappeared.

It left us breathless. We agreed there really are no words to genuinely describe the experience. Everyone who shared it that I’ve spoken with has said the same. Millions of people on our small planet twirling in the universe, unified in amazement.

Watch a 30-second timelapse video of the eclipse in Corvallis, from the Washington Post/Reuters.