I live near an icon that visitors from across the world come to see, the Golden Gate Bridge. A place that’s packed with cars, bikes, and tourists on foot, it wouldn’t typically be a destination. But these are not typical times. I took advantage of the emptiness for a walk combining nature and history, strolling along the approach beside the spring flowers and eventually on to the structure 220 feet above San Francisco Bay.

Like many others, I am sentimental about the big orange bridge created in the 1930s, as much a work of art as a utilitarian structure. 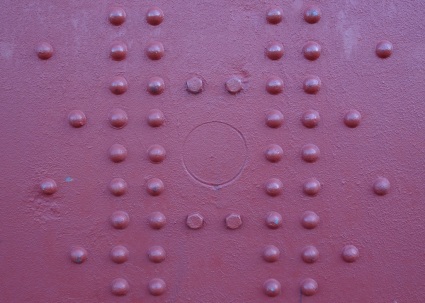 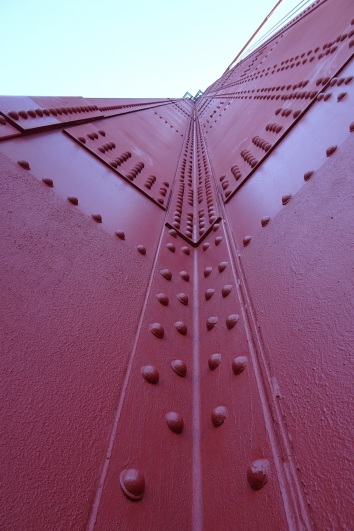 The base of the north tower 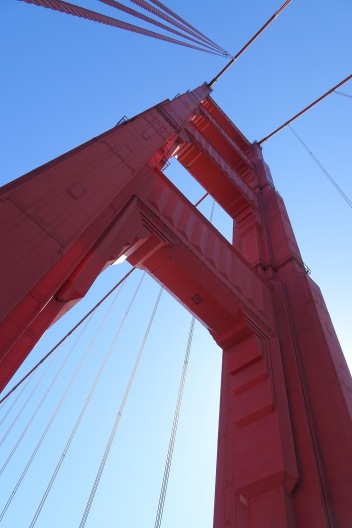 The expansive views at eye level include the San Francisco skyline, Alcatraz Island, and the Pacific Ocean meeting the horizon. On this day, I was interested in what I could notice looking up and looking down.

The afternoon light created a giant shadow, a still silhouette on the waves moving below. Standing in one place, I watched the water to see what would pass beneath me. A flock of cormorants. A small group of brown pelicans. A single gull that I managed to photograph.

A gull in the shadow

Four sea lions swam below. They surfaced and dove and surfaced again, their gracefulness amplified by watching them from above. 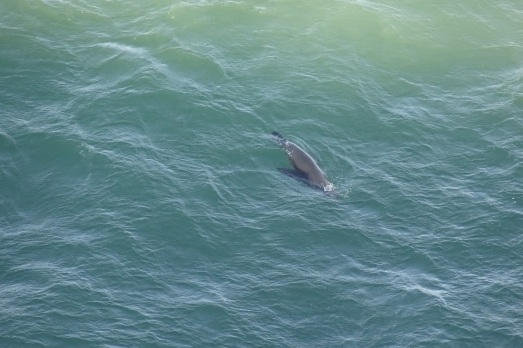 My best shot from 220+ feet above this fast-moving sea lion, its head underwater

Below the north end of the bridge is the ancestral land of the Huimen group of the Coast Miwok people. Today, Lime Point is the site of a lighthouse and foghorn dating back to the 1880s. 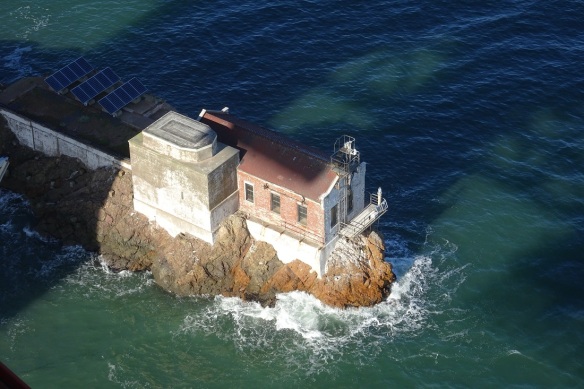 As I walked back to land again, I moved slowly and touched the plants, thriving in full bloom. I’m grateful that nature finds the cracks in the pavement and the soil beside the steel. 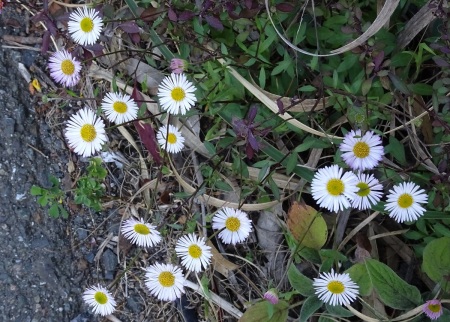 Thoroughwort, with thanks to Lawrence whose comment led to the species ID

As always, I welcome your feedback in the comments section.

32 thoughts on “Finding Beauty Series – The Bridge and the Bay”