Mitchell and I escaped today’s heat, heading to the coast where the fog provided nature’s air conditioning. While it was in the 90s not far inland, it was cool enough that we added a layer over our T-shirts for our hike at Bodega Head. On the way back, we stopped to watch the birds in Bodega Bay.

Summer is the season for white pelicans that feed in protected shallow waters on the coast, and we were delighted to see them back again. Bigger than their more familiar cousins, the brown pelicans that frequent ocean habitats, white pelicans have a wingspan second in North America only to California condors. As group feeders, they move slowly and steer fish into shallow water, then all feed together in a synchronized ballet.

All photos by Mitchell Yee

This group of three was looking a bit messy from sticking their heads in the mucky water.

They look clunky when they take off. 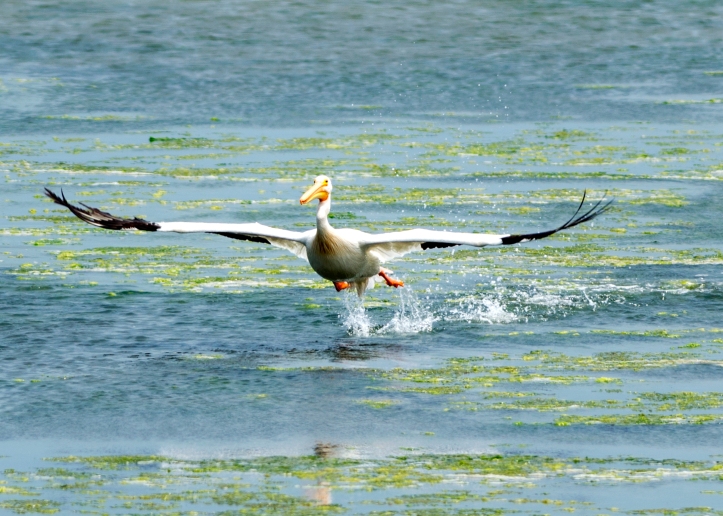 We headed over to the local eatery for clam chowder to go. Both we and the marbled godwits had mollusks for lunch at the beach. 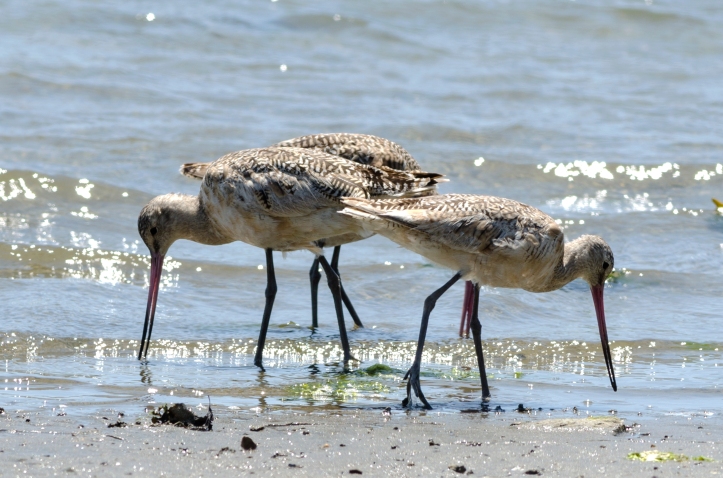