Outer and Inner Journeys for Change 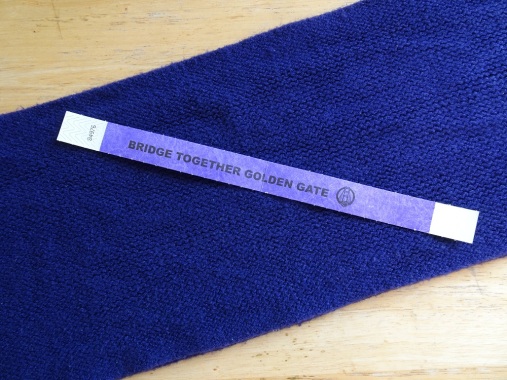 As an activist, there were many options for events in my community that responded to the installation of the president, coinciding with others across the planet where people were standing up for a kind and just world. I planned my day to begin with public action and to close with private reflection.

My friend Neal and I capitalized on the publicity that comes from being atop a global icon—the Golden Gate Bridge. A group called Bridge Together Golden Gate organized a human chain emphasizing love and compassion over hate and fear. With a permit for a peaceful demonstration, thousands of us came to join hands along the walkway. We draped ourselves in purple, a color symbolizing opposition to bullying.

As evidenced by the many tourists who flock to the bridge with their daydreams of warm, sunny California and end up shivering even on sunny days, the Golden Gate Bridge is rarely a place for a balmy stroll. It’s the edge of the continent. You have to be committed to head out on the span and stand around for a couple hours when it’s 50 degrees during one of the rainiest Januarys on record. So it was impressive that 3,500 people showed up.

I bundled up in longjohns, a fleece jacket, two hats, and raingear. Over all that I draped my purple thrift store finds, a couple of scarves and an oversized sports jersey that would fit over everything.

With my friend Neal—no, I didn’t gain weight, just covered in many layers

It was inspiring to be around so many positive-minded people standing together in a message of unity, an energizing way to begin the first day of being part of the resistance.

Readying to join hands during a welcome break in the rain

Afterwards, recognizing the importance of building my inner strength for the long haul of the next few years, I attended Spirit Rock Meditation Center’s Inauguration Day Community Gathering in the evening. Making the transition from activity to contemplation, I got there early to savor the quiet before others arrived. 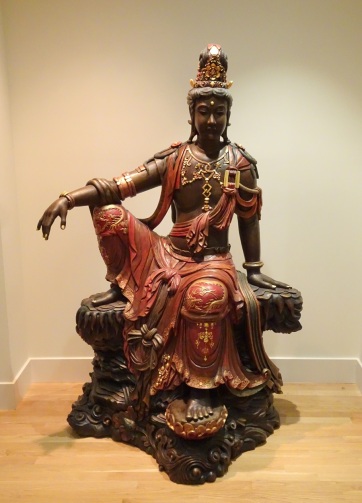 More than 300 of us came together at Spirit Rock. Listening to several Buddhist teachers and singing together helped me ground in the dharma. Early in the evening, we were asked if anyone wanted to share why they came. I shocked myself as I discovered I felt none of my usual discomfort with public speaking before strangers, raised my hand, and took the microphone.

I said something along the lines of: “I am here because to be an effective activist, I need to take care of my inner life as well as my outer one. I know how important it is to keep my heart open, and I want to make sure I remember that there is no us vs. them—there is only us.” From the murmurs in response, I apparently touched a chord for others.

The teachers emphasized drawing from mindfulness and compassion while embracing being outraged or heartbroken, resolving to act in the face of injustice and environmental threats while continuing to embrace joy and beauty in the world. During our periods of meditation, I closed my eyes and settled into the silence.

The essential elements for moving forward are clear. Combining mindful action with the space for reflection. Being part of a movement, and rooting in the earth alone on a trail. Drawing on the energy and power from working with others across the spectrum of diverse humanity, and finding a quiet time to retreat and restore. Remembering, again and again, that there is no us vs. them—there is only us.

I’ve taken my first steps, and I’m committing to the unfolding journey.